When building APIs to handle HTTP messages we’re faced with decisions about URL route structures, request methods, headers, payloads, status codes, safe and idempotent behavior, and more. Which if any of these are REST principles? In this post we’ll look at the initial REST architecture proposed by it’s inventor, Roy Fielding, including resources, representations, and examples.

Fielding outlines REST as an architectural style for distributed applications with 6 constraints[1]. 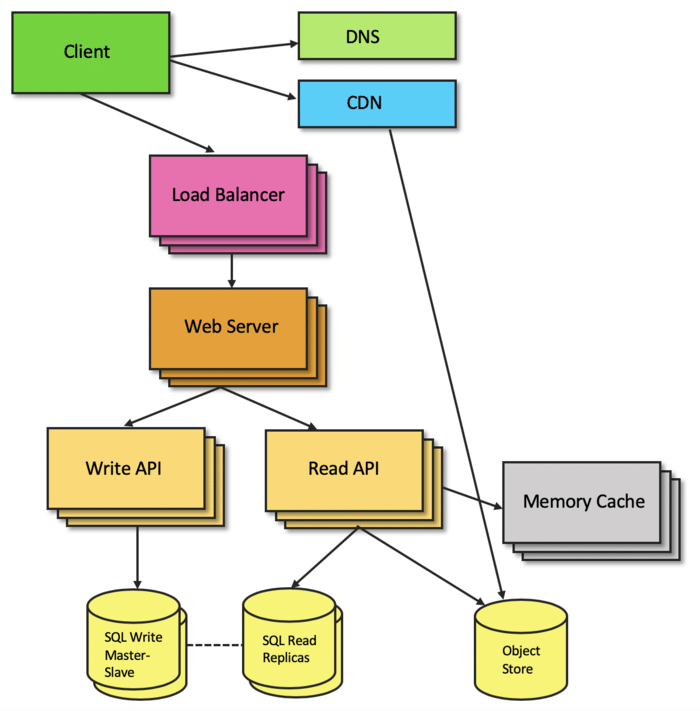 We can see some advantages.

Resources are a central feature to REST, abstractly defined as anything which can be data[1]. Examples are an image file, a POJO, a document, the distance from San Francisco to Tokyo.

URL paths are named after resource attributes and we can think of them as nouns instead of verbs. Their paths are also structured hierarchically, in order of increasing specificity left to right. Some resource URL examples.

Clients perform actions on resources using representations, e.g. to retrieve, create, update, and delete. Abstractly, representations are key-value metadata and bytes that transfer state between clients and servers[1]. This metadata allows decision making about the bytes without parsing them.

A representation is information that reflects a past, current, or desired state of a given resource, in a format that can be readily communicated via the protocol. [RFC-7231].

Additionally, multiple types of representations could be used for a single request. Let’s look at an example.

We covered resources and representations so request methods in the HTTP spec make more sense.

You see how payload format changed in these GET requests to /movie/1234? The client used Accept to request the payload data format, also called media type. The server responded with Content-Type that states the payload as JSON or HTML. Each of these response payloads and its HTTP headers – are different representations of the same resource.

Using HTTP to Choose a Representation #

Choosing the best representation goes beyond Accept and Content-Type when multiple representations are available. In server-driven content negotiation, these 4 HTTP request and 4 response headers are used.

Hypermedia as the engine of application state #

Hypermedia is content with non-sequential links to other content types e.g. pages, text files, PNG and JPEG images, video, and more. In short, the Web. To the user, clicking links on a website makes application state transitions.

What needs to be done to make the REST architectural style clear on the notion that hypertext is a constraint? In other words, if the engine of application state (and hence the API) is not being driven by hypertext, then it cannot be RESTful and cannot be a REST API. Period.

He later explains hypertext as presentation of information and controls such that the information becomes the affordance through which the user (or automaton) obtains choices and selects actions.

As examples see links in these 2 response bodies.

How RESTful is that API? #

We can check how RESTful is an API from Fielding’s definition with some questions. The client-server constraint is a given.

In this post we covered Fielding’s initial REST architecture including constraints, resources, and representations. I hope you found something useful.

[3] JSON:API A specification for building APIs in JSON