Relational databases are reliable for complex queries, partial updates, transactions, and decoupling data modeling from application specific contexts, among other things. We can structure a relational database with a series of so-called normal forms in order to reduce data redundancy and improve data integrity. This includes organizing columns and tables to ensure their dependencies are upheld by database integrity constraints. It can apply to both new schema synthesis and current schema decomposition. In this post we’ll cover how to normalize tables in 1NF, 2NF, and 3NF. 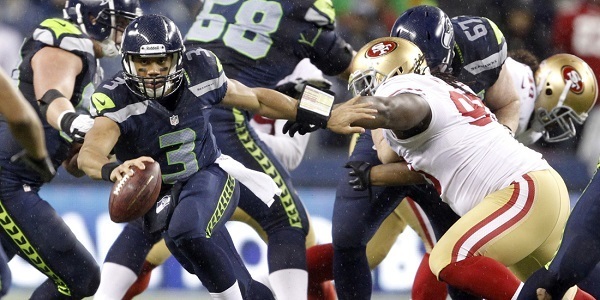 We have a table below of NFL data of players, teams, jersey numbers, stadium locations, and more.

Some issues off the cuff, right? What if I wanted to add a new team but had no player? What if a player plays multiple positions? Or two teams share the same home stadium? All these deal with data redundancy. And what’s the primary key, anyways?

1NF defines the shape of a table.

Let’s break Salary and Contract into their own columns.

In our table we could have many players with many same values– same name, same position, same team, or others. So the minimal fields to identify a unique row is:

Both 2NF and 3NF deal with functional dependencies between key and non-key fields.

2NF is met when a table is in 1NF and all non-key fields depend on the entire key-ed fields. Tables with only one key field are automatically in 2NF[2].

More abstractly, fields relying on a subset of the primary key produce redundancy in each row where the subset is the same and the non-subset is different.

To acheive 2NF we move these into tables where non-key fields depend on the entire key field.

3NF furthers the principle that tables serve a single purpose. It prevents a non-key field C from being functionally dependent on another non-key field B, making C have transitive-dependence on primary key A.

Non-transitive dependencies minimize data redundancy. 3NF is achieved by moving all non-key to non-key functional dependencies to their own table[2].

We can now add more teams, players, positions and stadiums with much less redundancy.

What about Serial PKs? #

Serial primary keys prevent collisions and allow for more variable data as they remain unchanged. But they offer no value in the logical data model and organization, so they shouldn’t act as primary keys when normalizing tables. First create normalized tables, then add Serial PKs where necessary.

In this post we covered steps to create tables free of modification anomalies, minimizing the likelihood of redesign. It’s important to note these are guidelines and at times it’s worth the engineering trade off of less tables to improve performance at the expense of some data redundancy[4].

Normalized SQL tables have primary keys, atomic values (1NF), non-key fields that depend on the entire key fields (2NF), and with non-keys that only depend on key fields (3NF). Our NFL example used small tables but think of how much data sites like ESPN holds. If you have questions or comments, please reach out on
LinkedIn.

[4] Obasanjo, D., When Not To Normalize Your SQL Database. http://www.25hoursaday.com

Modern web apps are inherently event-driven yet much of the browser internals for triggering, executing, and handling events can seem as black box. Browsers model asynchronous I/O thru events and callbacks, enabling users to press keys... Continue →